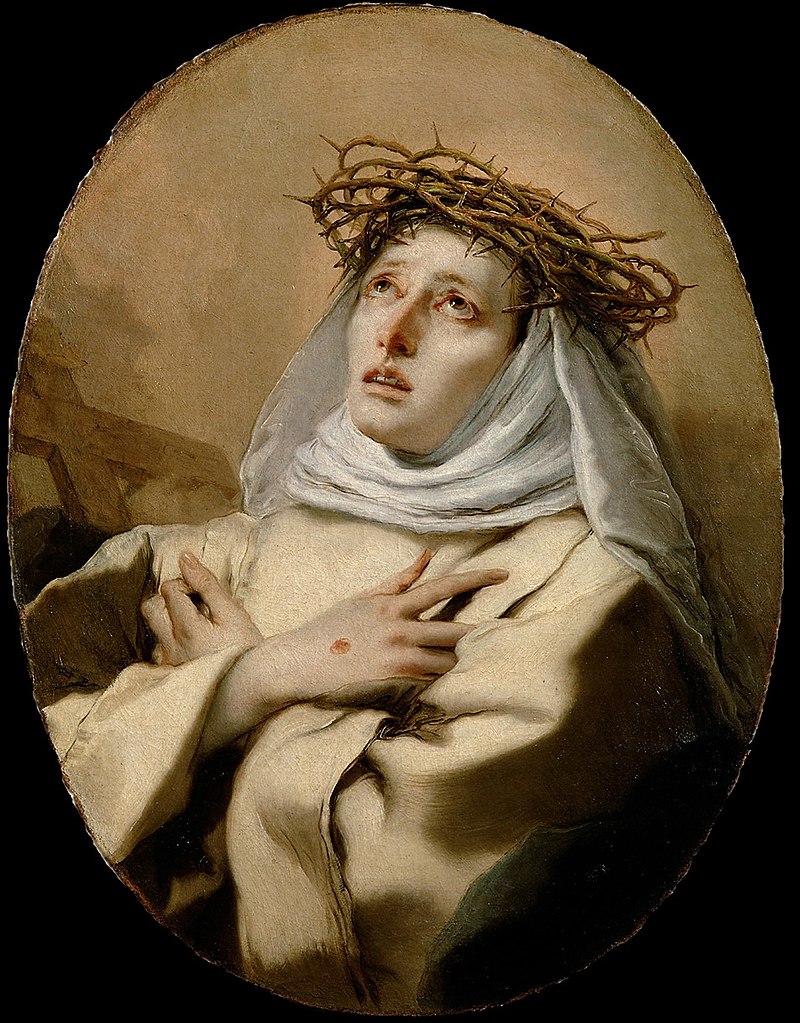 Saint Catherine was born in Siena, Italy on March 25, 1347. She was the 25th child born to her mother, although half of her brothers and sisters did not survive childhood.

At the age of 16, Catherine's sister, Bonaventura, died, leaving her husband as a widower. Catherine's parents proposed that he marry Catherine as a replacement, but Catherine opposed this. She began fasting and cut her hair short to mar her appearance, and convinced her family to allow her to live as she pleased.

Despite Catherine's religious nature, she did not choose to enter a convent and instead she joined the Third Order of St. Dominic, which allowed her to associate with a religious society while living at home. Something changed her when she was 21. She described an experience she referred to as her "mystical marriage to Christ."

After this vision, she often visited hospitals and began to travel, calling for reform of the Church and for people to confess and to love God totally. She became involved in politics, and was key in working to keep city states loyal to the Pope.

She also established a monastery for women in 1377 outside of Siena. She is credited with composing over 400 letters, her Dialogue, which is her definitive work, and her prayers. These works are so influential that St. Catherine would later be declared a Doctor of the Church.

St. Catherine died at the age of 33 after complications from extreme fasting.

Take 40% Off these select books to learn more about St. Catherine of Siena