Stephen K. Ray was raised in a devout and loving Baptist family. His father was a deacon and Bible teacher, and Stephen was very involved in the Baptist Church as a teacher of Biblical studies. After an in-depth study of the writings of the Church Fathers, both Steve and his wife Janet converted to the Catholic Church. He is the host of the popular, award-winning film series on salvation history, The Footprints of God. Steve is also the author of the best-selling books Crossing the Tiber, and St. John's Gospel. 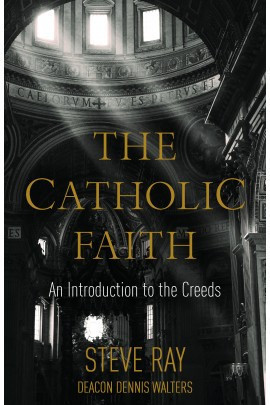 The Catholic Faith: An Introduction to the Creeds