Graziella De Nunzio Mandato was born in Italy in the village of Pietrelcina, in 1930, the same hometown of St. Padre Pio. She grew up in an environment and a culture that was saturated by a vibrant Catholic Faith that expressed great devotion and love for the Lord Jesus, for Our Lady, and for the Catholic Church. Padre Pio, himself, was reared in this faith culture of simple poor peasants. Graziella along with family members were able to get rather close and intimate with San Pio while he lived in San Giovanni Rotondo. He guided her and led her throughout her life. After marrying Andre, in 1955, at Padre Pio’s counsel, they eventually emigrated to the U.S.A. and raised a Christian family. Graziella and Andre died six months apart in 2014. 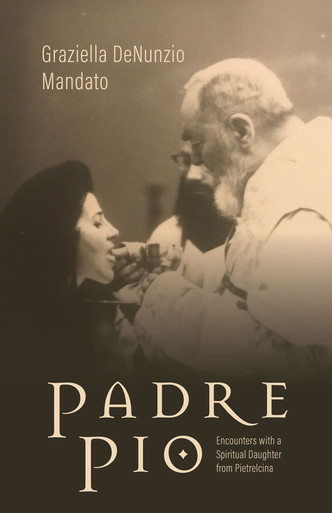 Padre Pio: Encounters with a Spiritual Daughter from Pietrelcina