Fr. John Bartunek, LC, S.Th.D, received his BA in History from Stanford University in 1990. He comes from an evangelical Christian background and became a member of the Catholic Church in 1991. After college, he worked as a high school history teacher, drama director, and baseball coach. He then spent a year as a professional actor in Chicago before entering the religious Congregation of the Legionaries of Christ in 1993. He was ordained a Catholic priest in 2003 and earned his doctorate in moral theology in 2010. He provided spiritual support on the set of Mel Gibson’s “The Passion of the Christ” while researching the 2005 Catholic best seller, “Inside the Passion”–the only authorized, behind-the-scene explanation of the film. Fr. John has contributed news commentary regarding religious issues on NBC, CNN, Fox, and the BBC. He also served as the English-language press liaison for the Vatican’s 2005 Synod of Bishops on the Eucharist. His most widely known book is called: 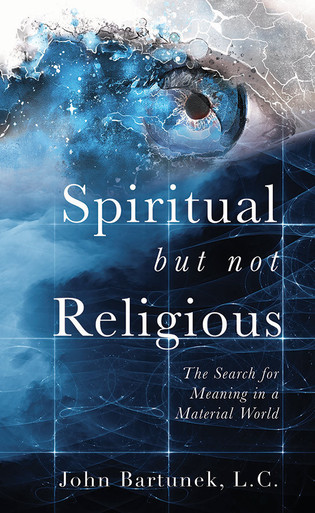 Spiritual but Not Religious: The Search for Meaning in a Material World