The Rev. Father Carl Vogl was a German priest and author of the twentieth century. His Begone, Satan! A True Account of an Exorcism in Earling, Iowa in 1928 was first published in the early 1900s by the Rev. Celestine Kapsner, O.S.B., with the Nihil Obstat and Imprimatur. It recounts an extraordinary and disturbing exorcism which took place in 1928 at Iowa, involving an intense twenty-three day period during which a Father Theophilus ardently exorcised an unfortunate woman who had been possessed from her youth. Father Vogl's work was printed by TAN in 2010. 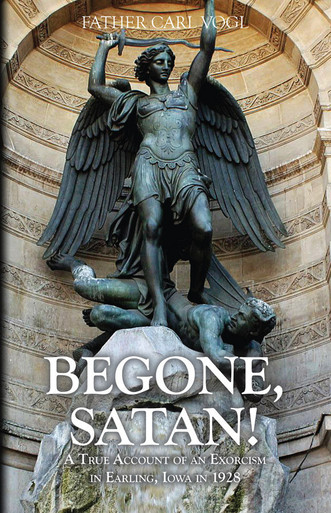