Alban Butler was born in 1710, at Appletree, Aston le Walls, Northamptonshire, the second son of Simon Butler, Esq. His father died when he was young and he was sent to the Lancashire boarding school ran by Dame Alice. He went on to a Catholic further education at the English College, Douai, in France. In 1735 Butler was ordained a priest. At Douai, he was appointed professor of philosophy, and later professor of theology. It was at Douai that he began his principal work The Lives of the Fathers, Martyrs and Other Principal Saints. He also prepared material for Richard Challoner's Memoirs of Missionary Priests, a work on the martyrs of the reign of Elizabeth. 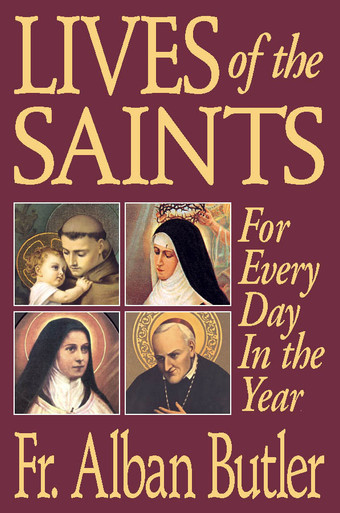 Lives of the Saints: For Everyday in the Year