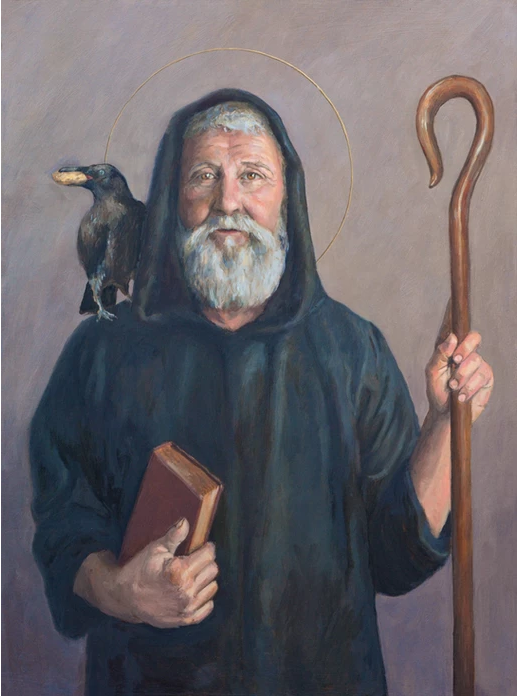 St. Benedict, in full Saint Benedict of Nursia, Nursia also spelled Norcia, (born c. 480 CE, Nursia [Italy]—died c. 547, Monte Cassino; feast day July 11, formerly March 21), founder of the Benedictine monastery at Monte Cassino and father of Western monasticism; the Rule that he established became the norm for monastic living throughout Europe. In 1964, in view of the work of monks following the Benedictine Rule in the evangelization and civilization of so many European countries in the Middle Ages, Pope Paul VI proclaimed him the patron saint of all Europe.

Founder of the Benedictine monastery at Monte Cassino, Italy, and father of Western monasticism. Born into a prominent family at Nursia in central Italy, he rejected the immoral and profligate life of the rich and became a hermit outside Rome, where he attracted disciples. At his monastery at Cassino he formulated the Benedictine Rule, which became standard in monasteries throughout Europe. The Rule includes a probationary year prior to the vow of obedience and lifelong residence at one monastery, a ban on personal property, an abbot elected for life who appoints all other officers, and a precisely ordered day that includes five to six hours of liturgy and prayer, five hours of manual work, and four hours of scriptural and spiritual reading.