Secret of the Holy Face: The Devotion Destined to Save Society

From the creation of man to the current ecclesial infiltration and world revolution, the devil and his minions have sought to destroy the human race made in the image of God. No longer attacking from without, they are now secretly laying siege from within the Holy Roman Catholic Church. But why is God allowing this? He loves to see souls heroically battle for the faith.

In the nineteenth century, Venerable Leo Dupont said that Communists would one day enslave the world—that is, “close up their churches, and make them slaves of the state . . . unless reparation is done, unless men come before the Face of their Saviour to ask His forgiveness and His help!”

In this powerful book, Father Carney reveals the essence and history of the Holy Face Devotion, its apostles, and how to save society and the Church from her foes.

“Reparation is destined to save society,” said Blessed Pope Pius IX. Join the ranks of Saint Thérèse and other saints in the Archconfraternity of the Holy Face and contemplate His Face to help restore Christendom from the evils of Communism and Freemasonry. Heaven longs for this devotion. Here is a timely book that provides a counter-revolution of reparation, reverence, and reversion.

Author Bio:
Father Lawrence Carney was ordained for the Diocese of Wichita in 2007.

Fr. Lawrence Daniel Carney III Secret of the Holy Face: The Devotion Destined to Save Society
Add to Cart

“I very much recommend Rev. Fr. Lawrence Daniel Carney’s book, The Secret of the Holy Face: The Devotion Destined to Save Society. The devotion to the Sacred Face of Christ leads us to the source of our salvation and sanctification, which is the holy passion of Our Lord. ‘Through His wounds we have been healed’ (1 Pt 2:24). Fr. Carney’s book contains a sound historical and spiritual exposition about the Sacred Face of Christ and presents to the faithful also valuable advices for their devotional and spiritual life.” 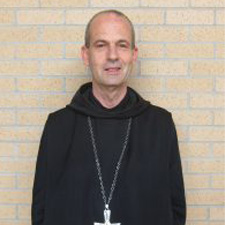 “The human face is the mirror of the soul, which is already a great mystery. In the case of Christ, His Face, this living icon, reveals to us not only the human soul of the Lord in all its perfection and splendor but the very Person of Christ, which is not human, but Divine—one of the Three. In his book The Secret of the Holy Face, Fr. Carney leads us on a journey into the secret of this Face that has enthralled and transformed the Church for some two millennia and continues to do so up until our day.”

Jesse Romero (author of The Devil in the City of Angels)

“Devotion to the Holy Face is the most hidden, yet most powerful devotion of our times. And it must no longer be kept a secret. Fr. Carney’s book helps lay siege to our enemies.”

“The Holy Face is the DEVOTION of this age. Our Lord told Sr. Mary of St. Peter ‘make war with the Communists!’ This devotion is connected to the Sacred Heart, La Salette, the Holy Name, and Calvary. It created the greatest miracle worker in Church history, Venerable Leo DuPont, the holy man of tours. Our Lord also told Sr. Mary of St. Peter that He wishes for ‘many Veronicas’ in reparation to the abuse of His name, blasphemies, and disrespect of Holy Days and Sunday. Father Carney has been monumental in promoting this devotion and it will be worth your time to learn of it.”

Devotion to the Holy Face (eBook)

Devotion to the Holy Spirit

Secret of the Holy Face (eBook)

The Devil and Karl Marx: Communism's Long March of Death, Deception, and Infiltration